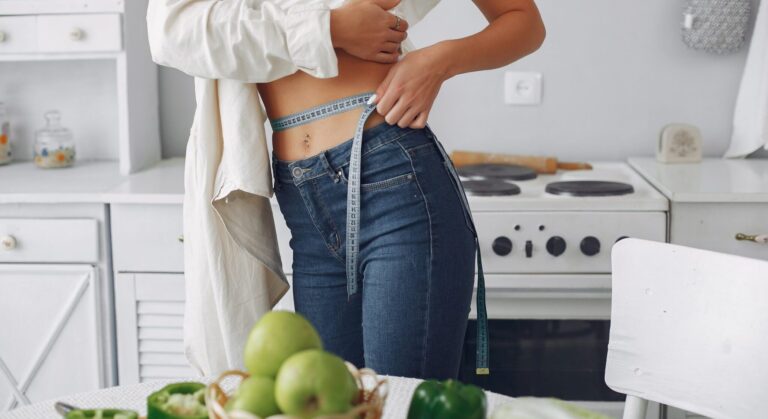 Are you considering going vegan? We’ve put together a list of health benefits that come from a well-planned vegan diet.

Going vegan isn’t all about animal welfare. At one stage, the narrative moved from animal welfare to environmental factors. Now, it is clear that the reason for switching to a vegan diet for many is purely for health reasons.

One can experience many health benefits from a well-planned and varied vegan diet. However, if managed poorly, a vegan diet is just as non-consequential as a standard poorly planned diet.

Are you considering going vegan? We’ve put together a list of health benefits that come from a well-planned vegan diet.

A whole food vegan diet has a natural tendency to keep your daily calorie intake low. This is as a result of non-vegan food usually being high fibre foods that are dense in calories. Once we cut these out, the diet becomes low calorie.

A study by MediCheck found that vegans have a lower body mass index during a 6-month trial they conducted in 2013. They took 50 overweight individuals and randomly assigned them five different diets: omnivorous, semi-vegetarian, pesco-vegetarian, vegetarian and vegan.

After 6 months, the vegan group lost the most weight out of all the groups. In fact, there was more than twice the percentage of weight loss in vegans compared to the omnivorous group.

Plant-based foods are more nutritious than animal products. A vegan diet consisting of fruit, veg, whole grains, beans, nuts and seeds will provide you with all the nutrients you could possibly need.

Vegan diets are also a very good source of fibre, antioxidants, potassium, magnesium, folate, Vitamins A, C and E. However, as we mentioned at the top, one has to practice a balanced and planned vegan diet to get enough nutrients. A poorly planned diet will result in nutrient deficiencies.

Going vegan also improves your blood sugar control and can help you in diabetes prevention, as well as diabetes management. Diets that incorporate processed and red meats are associated with type 2 diabetes because of the presence of heme iron, which triggers inflammation. When inflammation occurs, your liver is activated to control blood sugar levels.

A vegan diet is rich in antioxidants which reduce inflammation. Vegan food is naturally low calorie and cause less rapid surges in your blood sugar levels.

A study in 2019 found that people who ate plant-based diets were 32% less likely to die from heart disease – the UK’s leading cause of death. An omnivorous meat-heavy diet has high levels of bad cholesterol and increases the risk of heart disease and stroke.

Furthermore, other studies have shown that vegan diets also help reduce the chance of colon, breast, gastric and prostate cancer. This is, once again, due to the antioxidants found in vegan ingredients and the low level of inflammatory pro-oxidants. Because body inflammation can lead to cancer, if we lower inflammation levels, we lower the chances of cancer developing.

An Oxford 2016 study found that the mass-adoption of vegan diets could lead to more than 8.1 million people avoiding death and living that much longer. The medical study was comprehensive and took into account all the health benefits of a vegan diet to conclude that it does indeed keep our body healthy and alive for longer!

Non-vegan diets, with foods such as chicken and egg, contain a fatty acid called arachidonic acid. Arachidonic acid is associated with increased depression rates and can lead to increased stress and anxiety.

A vegan/plant-based diet has lower levels of arachidonic acid and has been shown to improve anxiety, mood and work productivity.

Migraines can be totally disruptive and debilitating. A 2014 Washington DC study found that a low-fat vegan diet significantly helped reduce headache pain intensity and frequency. This is because vegan diets exclude several migraine-triggering foods and ingredients.

Animal-based food products have inflammatory properties that cause migraines. By eliminating this, we eliminate those pesky headaches.

There are also psychological health benefits to a vegan-based diet. Plant-based diets slow the progression of Alzheimer’s Disease. In fact, eating an extra 100 grams of fruit and veg per day will lead to a 13 percent drop in dementia risk.

This is because fruit and veg is rich in polyphenols, a nutrient that slows Alzheimer’s disease and helps reverse cognitive decline.

Regular diets often include dairy – one of the worst culprits of poor skin. Dairy consumption increases acne formation in both men and women. When you go vegan, ditch the dairy and watch your skin get smoother and smoother by the day.

Furthermore, the added fruit and veg from the plant-based diet provides the necessary antioxidants and vitamins needed for good and healthy skin.

Vegan diets provide an array of health benefits. Whilst a lot of these health benefits are still being studied to understand the extent, the evidence is clear for all to see: going vegan means going healthy!

Even if you don’t go full vegan, it can only benefit you to increase the level of nutrient-rich food in your regular diet.