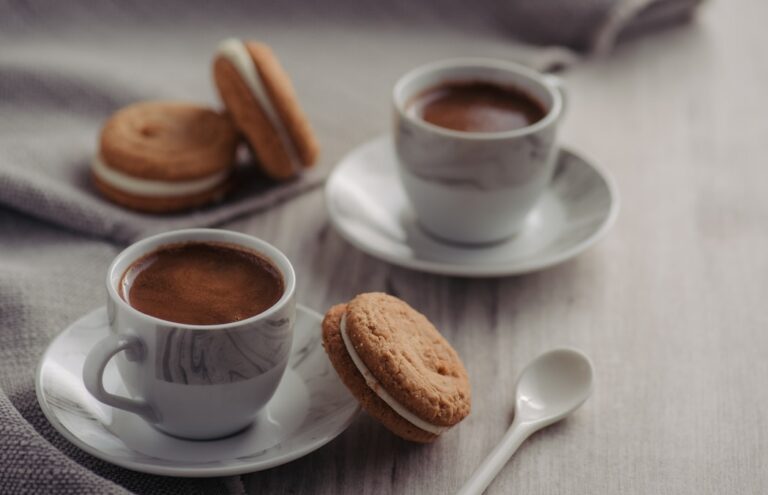 We’re always being told that coffee is bad for us. It can be addictive, stains our teeth and too much during the day can disrupt your sleeping patterns. But in today’s fast-moving society, many of us depend on it to get us going in the morning and keep us awake during late working nights.

Yet there may be a solution for all you coffee lovers who can’t quite come to terms with having to cut back: Greek coffee. Recent scientific studies have found that residents on the Greek island of Ikaria who drank boiled coffee had a longer life span and improved cardiovascular health.

Generally coffee is not bad for your heart as it contains multiple antioxidants, yet Greek coffee’s level of antioxidants is significantly higher, making the benefits more prominent.

This is due to the type of bean used to create the coffee. Arabica beans are ground down to a much finer powder, making the coffee purer, with a higher level of antioxidants. Other results from the study found that Greek coffee can improve artery health and lower the risk of diabetes.

A more groundbreaking discovery from this research was that those who were drinking Greek coffee had healthier blood vessels, which suggests that the coffee could protect against endothelial cell dysfunction, which can be lethal, especially amongst women.

The reason behind this thinking is due to the effect that the coffee has on the vessels, it can reduce inflammation, which is what causes the majority of heart problems.

But there is more to the study than the coffee itself. The way in which the Greeks took their coffee is very different to how most UK and US citizens take it.

In the UK, we tend to drink coffee with milk to make it easier to drink faster, or as an espresso to get a quick hit, which is also popular on the continent. The Greeks take their time, make a more intense cup and sip it slowly.

Of course, it’s not just the coffee that has helped improve the health and life expectancy of the Greek resident. Their diet and way of life must be taken into consideration. Greek islanders tend to live a more relaxed, less stressful life.

This study does show us is that as much as the media may tell us what’s good and what’s bad for us, if we investigate to see how food and drink was originally consumed we may well find that we can still enjoy our favourite foodstuffs without the guilt of knowing it’s harmful on our bodies.

Previous Article:
Why You Shouldn’t Wash A Chicken Before Cooking
Next Article:
11 Healthy Smoothie Recipes You Must Try!