Has Japan found the fountain of youth? 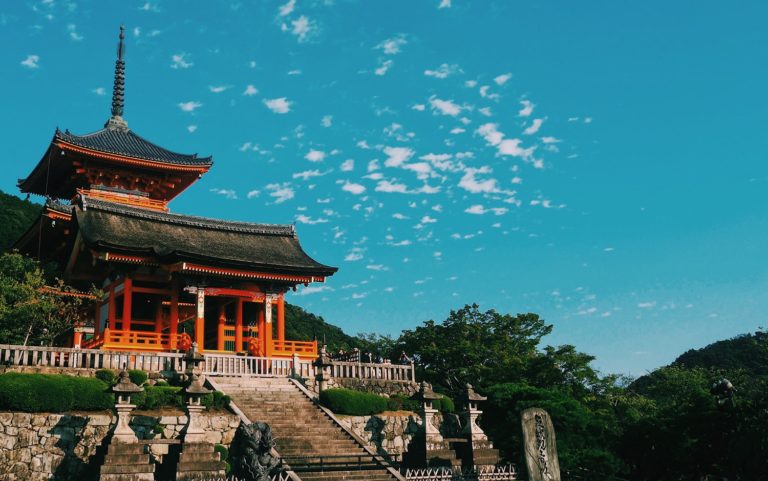 Time to continue our series on the countries with the highest life expectancies. Previously, we’ve talked about lovely Monaco and what people there are doing in order to live in average 89.5 years. In Monaco’s case, we said that the secret to this achievement is a combination of high income, beautiful sceneries and the Mediterranean diet. I thought it would be interesting to see what the runner up in this series is doing. Yes, today we are travelling to Japan where the life expectancy is 85.50.

Have the Japanese found the fountain of youth? It certainly seems so. Japan has the lowest mortality rates in the world, where currently there are 60k Japanese citizens aged 100 or older.

Diet plays a major role in this achievement

Their diets are high in carbohydrates such as rice, vegetables, fruits as well as fish and meat with low amounts of saturated fats and processed foods in general. Other popular foods include tofu, seaweed and octopus, which all carry a low risk for some cancers and arteriosclerosis.  They eat a bit of everything as variety is very important and also use smaller portions.

The Government is also very involved in the citizens’ diets. They created a recommended food guide back in 2005 which was giving suggestions on how many servings one person should have of different food types. They were saying that one should have 5-7 servings of grain-based foods, 5-6 servings of vegetables, 3-5 servings of fish and meat, 2 servings of fruits and 2 servings of dairy. When they eat meat, they focus particularly on fish which is rich in omega 3 fatty acids. This diet is meant to reduce the risks of cerebrovascular disease, as they are having high-quality foods which are low in saturated fats. Also, have you noticed that there’s no mention of junk food there? That’s because the Japanese know what’s good and what’s bad for them and adhere to these rules. Junk food is not even allowed in schools. Even gum is frowned upon as chewing gum is considered a disrespectful habit. Schools in the country are particularly adhering to these rules as the lunch provided to students has very little amounts of refined sugar, which of course leads to kids from a very young age to know how to make healthy choices.

But the healthiest diet from Japan is the Okinawa Diet which was inspired by the eating habits of indigenous people from the Ryukyu Islands. This diet has only 15% of the grains and 30% of the sugar from the average Japanese dietary intake. It includes less than half a serving of fish and small amounts of pork which is eaten rarely.

The way they cook their food is also extremely important. Japanese food is steamed, pan-grilled, stir-fried or broiled. They also add a bowl of soup to every meal, which aids in better digestion.

On the chapter of beverages, some think that unsweetened green tea has some words to say in the longevity of Japanese people. That’s because green tea is full with antioxidants which improve brain functions and aid in fat loss diets.

But what is diet without exercise?

Although they don’t exercise more than other countries, their everyday life does involve more commuting by public transport than by car, meaning more exercise than someone who was to travel by car. They are less sedentary as people walk a lot more. Actually, 98% of Japanese children walk or cycle to school. They would only take the bus if the school was a significantly long distance from their homes.

The reason why the mortality rate is so low is that the older population has a lifestyle different than the ones in other countries. They decide to stay active by continuing to work by choice, rather than necessity; hence, instead of staying inside all day, they walk to work and continue these activities which seem to give their life more purpose. This could greatly increase life expectancy, as a life purpose leads to a happier life. As you know, one of the main benefits of exercise is the fact that it can reduce the risks of chronic diseases, can help your brain health and memory and increase sleep quality.

There are childhood vaccinations programmes and they have introduced universal health insurance, which as the name suggests, it’s available to everyone. They are constantly working on campaigns which promote healthier lifestyles, ranging from the reduction of salt consumption to campaigns centred on the negative effects of smoking. More than that, the government pays 70% of the cost of all health procedures and up to 90% for citizens with low income.

If you are employed to a company, chances are they will have a yearly physical exam where they will advise you whether you need to lose weight, or you should refrain from eating bad quality foods. These regular check-ups are the norm in Japan. They are also provided to students, in order to become more health conscious.

Eating out with friends is a normal occurrence in Japan, which encourages people to make healthier choices. Imagine this, if you’re going out with your friends and they’re all ordering healthy food, what are you going to order? Social inclusion not only can improve your eating habits (if you surround yourself with people who make smart decisions when it comes to eating), but it also increases feelings of acceptance and will make you overall happier, which in turn leads to a healthier and longer life.

To sum everything up, Japan’s secret to a high life expectancy rate seems to be in their diets high in carbohydrates and low in saturated fats, mixed with people being more active, all in a society which values to a great extent healthier lives.