Singapore – Living longer & healthier than ever 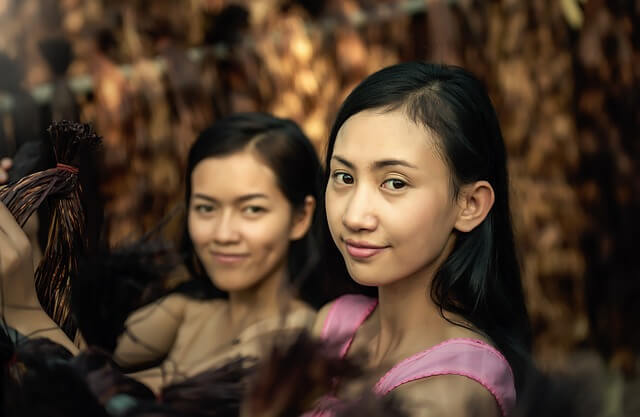 Today we are travelling to Singapore, an island country located in Southeast Asia. An interesting fact about Singaporeans I found while doing my research is that they are the fastest walkers in the world! Maybe that’s why they seem to live longer than other people. By 2040 Singaporeans are expected to remain in the top 5 of the people with the highest life expectancy rates, according to the medical journal, The Lancet. Currently, their life expectancy is 85.47 years, making Singapore the 3rd country in the world where people live long and healthy lives.

We can say there are generally four main factors which contribute to Singapore’s high life expectancy:

Similar to Monaco and Japan, Singapore has a balanced diet with fresh fruits and vegetables, fish, grains and lean meats. This helps prevent chronic diseases. They are also taking inspiration from neighbouring countries such as Malaysia, Indonesia and China.

While they are eating frequently, up to 5 meals a day, only 23% of Singaporeans are overweight. Compare that to the UK, where 63% of the population is overweight. Singaporeans eat a large range of foods from different diets. They take inspiration from Oriental, Indian, Thai and British cuisine. Their main focus is on noodles, rice and seafood.

Because it is a country rich in tropical fruits, fruits are a massive component in their diets. Spices like tamarind and curry add flavour to their cuisine. Although we have to say it might not be as healthy as the Mediterranean diet found in Monaco or the Japanese diet, the Singapore diet has less processed foods than other countries in the world, hence why people enjoy more foods in their unprocessed state. Instead of stopping to the good ol’ McDonalds, Singaporeans are more likely to enjoy a hot plate of stir-fried noodles and vegetables.

Singapore doesn’t have many natural disasters which is definitely an important factor. They are also virtually free from any form of human conflict as well.

They put a lot of emphasis on early prevention and detection of chronic diseases. Think about that next time you put off going to the doctor. The Singaporeans know better. Chronic diseases that are not well managed can reduce life expectancy significantly.

As a nation, Singapore benefits from high population density and economic development. In simpler terms, this means that for every person that is ill they have multiple doctors to cater to their needs. They also have several hospitals equipped with the highest technology to treat a variety of conditions. The government invests quite a lot in healthcare, therefore if someone has an accident, an ambulance will come to the place of the accident super-fast in order to avoid any other complications.

Like in the case of Japan which we’ve previously talked about last month, Singaporeans are taught from an early age how important a healthy life is. In school, they cover healthy social relationships, mental health and a well understanding of hygiene and food.

The culture overall is very healthy. Employers often give out to their employees additional health insurance. Moreover, they frequently promote sporting events. The rate of obesity is also very low.

Smoking is highly discouraged by the government by heavily taxing cigarettes. Vices are in general more expensive there than in other countries.

Just because they have great healthcare doesn’t make them overlook physical activity. The entire country is filled with walking, running and biking trails for citizens in order to depend less on cars and/or public transportation.

As you might have noticed, the recurring theme in all these countries we’ve talked about so far is healthy diets. And although this seems to get better in the UK over the years, we still have a long way to go. What about you? Have you made any changes recently for a healthier lifestyle?

Previous Article:
Has Japan found the fountain of youth?
Next Article:
Carrying fat is actually beneficial for your health