How does yoga affect mental health? 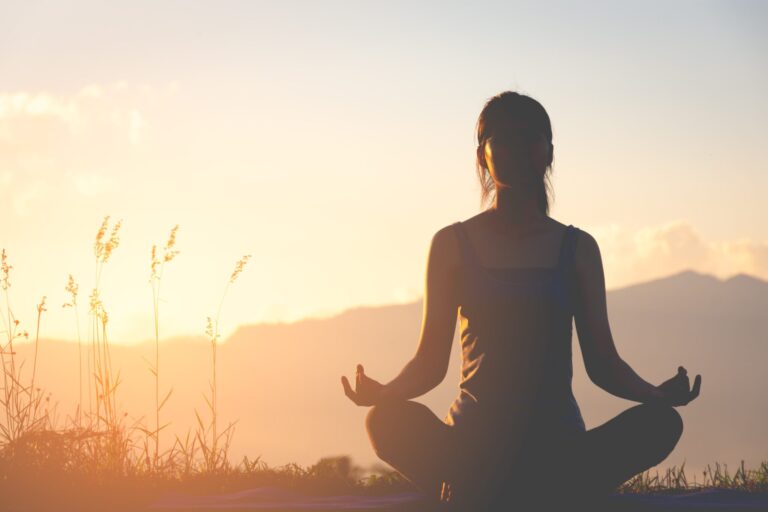 The word Yoga comes from the Sanskrit work ‘yuji’, meaning union – referring to the practice of uniting the mind and the body. Yoga often incorporates breathing exercises, meditation and power poses to relax the body and destress the mind.

Yoga focuses on breathing exercises and meditation sessions to calm and centre the mind. It brings mental health benefits such as reducing anxiety and depression and actually makes your brain work better.

Programs such as Yoga By Candlelight from Alexandra Alves offer all the benefits of routine classes/practice, whilst upping the game to the next level with retreats and cocoon meditation.

Today, we will be looking at the various benefits of yoga on your mental health and the reasons behind them.

When you do yoga, your brain cells develop new connections. Vibrant new changes occur in your brain structure and function. You will see an improvement in your cognitive skills, including speed of learning and memory. It is often referred to as weightlifting for the brain.

MRI scans have been conducted during various studies to analyse the effect of yogic practice on the brain. Imaging technology has shown that people who regularly did yoga had a thicker cerebral cortex (responsible for information processing) and hippocampus (responsible for learning and memory).

Furthermore, these areas of the brain usually shrink as they age but yoga practitioners show significantly less shrinkage. A regular yogic routine will do wonders for your brain age.

All exercise naturally boosts your mood because it lowers levels of stress hormones and increases the production of revitalising chemicals called endorphins. Heightened physical exercise also brings more oxygenated blood to the brain.

A Harvard study revealed that doing yoga also stimulates the brain to release a chemical called gamma-aminobutyric acid (GABA). GABA alleviates anxiety and is associated with a better mood.

Yoga also often involves meditation sessions. Meditation reduces activity in the limbic system. The limbic system is the part of the brain that deals with emotion. Relaxing your limbic system will lead to a more tempered response from yourself in stressful situations.

Yoga By Candelight offers cocoon meditation accompanied by a gong bath. This particular form of meditation, suspends the student in the air using a luscious silk sling. One will be transported into the weightlessness and comfort of a womb-like environment as the gong bath transports you into the far reaches of our universe. This particular brand of meditation values escapism highly but centres each and every single student in their own body and their own expectations.

It has also been shown to decrease the secretion of cortisol, the primary stress hormone. A PubMed study followed 24 women who identified as emotionally stressed. After a three-month yoga program, all the women registered lower levels of cortisol, as well as lowered levels of anxiety, fatigue and depression.

There is a significant amount of research that shows yoga can help combat the effects of PTSD. Another PubMed study followed 64 women with PTSD. These women suffered from severe anxiety and fear after experiencing a traumatic event. After a 10-week program, the women showed fewer symptoms of PTSD. In fact, 52% of the women didn’t even qualify for PTSD anymore.

There are some studies supporting the notion that yoga may reduce inflammation as well. Inflammation, whilst a natural immune-response by your body, can lead to inflammatory diseases such as heart disease, diabetes and cancer.

Another PubMed Central 2015 study divided 218 subjects into two groups: one group for yoga practitioners and one for those who don’t dabble in yoga. The individuals who practiced yoga had lower levels of inflammatory markers than those who didn’t.

A similar study from 2014 also showed that 12 weeks of yoga reduced inflammatory signs in breast cancer survivors who were experiencing persistent fatigue.

Various studies have shown that yoga helps improve health and reduces several risks that can lead to heart disease. One study followed participants of over 40 years of age. These participants practiced yoga for five years and saw great results, including a lowered blood pressure and pulse rate. High blood pressure is one of the major reasons for heart problems. So, by lowering your blood pressure, you reduce your chances of developing heart disease.

Chronic pain is a persistent problem that affects millions of people. There is a growing understanding in research that practicing yoga could help reduce many types of chronic pain.

In one study, 42 individuals with carpal tunnel syndrome either received a wrist splint or did yoga for eight weeks. At the end of the study, yoga was found to be more effective in reducing pain and improving grip strength than wrist splinting.

Yoga has also shown to decrease pain and improve physical mobility in participants suffering from osteoarthritis of the knees.

Poor sleeping practices can lead to obesity, high blood pressure and depression. Studies have shown that a yoga routine can help promote better sleep. A 2005 study split a group of elderly participants and assigned them to either yoga practice or a control group. The study revealed that the yoga group fell asleep faster, slept for longer and reported being more well-rested than the control group.

Another study also found that yoga participants lead to less sleep disturbances, improved sleep quality and reduction in the need for sleep medications.

Practicing also leads to the secretion of melatonin, the hormone associated with regulating sleep and wakefulness.

Whilst the nature of yoga is to unify body and soul with grounded asanas and practice, retreats are an amazing way to disconnect even further from a specific environment.

Travelling and escaping the hustle and bustle of our usual comfort zone distracts the mind and gives us a much needed break from a hectic lifestyle.

Nuffield Health, the UK’s largest healthcare charity, conducted a study and found some select effects of not going on holiday. They discovered those who didn’t go away for a break had higher blood pressure, didn’t sleep as well and had higher levels of stress.

Yoga By Candlelight curates amazing global retreats for yogis that not only transports you away to beautiful, serene and regal spots like Porto and Somerset, but also recharges your energy and chakras with specialised classes and other special activities.

There have been numerous studies through the years regarding relaxation techniques. Massage therapy, stress management and music have been shown to have an effect on depression and anxiety.

However, yoga and music have consistently proved to be the most effective for dealing with both depression and anxiety, with the former providing the longest-lasting effect.

The mental and physical benefits are clear for all to see, with numerous studies backing up these beneficial claims. Finding time to include yoga in your daily routine may lead to a noticeable difference in your mental health.

If you’re interested in practicing and revitalising your mind and body, Yoga By Candlelight by Alexandra Alves is a terrific opportunity.