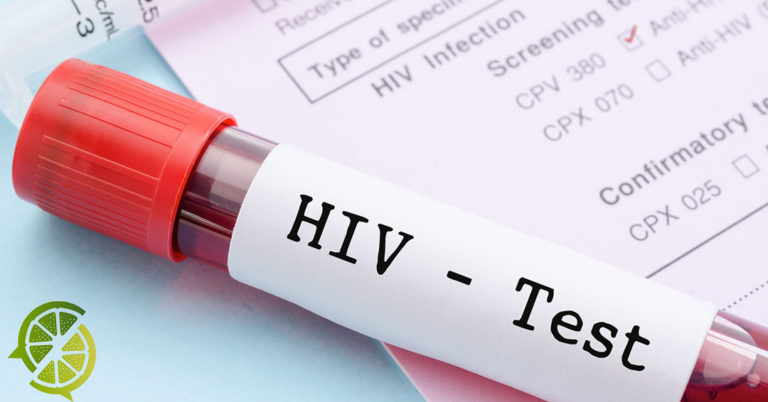 The conversation around HIV is growing in the UK and there have been great strides in removing the stigma surrounding positive diagnoses.

There are 101,600 people living with the HIV virus, with a huge 8% remain undiagnosed. This statistic hits home how we still have work to do as a nation, to make sure people feel they can get tested without judgment.

National HIV Testing Week is a definite step in this direction. The 7 day period seeks to promote HIV testing, particularly for groups most likely to be at risk. This year, the campaign’s strapline “Give HIV the finger: a finger-prick test it all it takes” suggests there’s also progress to be made in removing any fear about the test itself and what it involves.

National HIV Testing Week also endeavours to shed some light on what HIV actually is. Which leads us to…

There is quite a bit of confusion over HIV, AIDS, how they differ and what they are.

HIV is a virus that impairs the immune system. It can be contracted through bodily fluids such as semen and blood. HIV can lead to AIDS, a condition, that affects life expectancy. A diagnosis of AIDS is made when HIV has caused severe damage to the immune system. The effects of HIV mean your body is less able to fight off serious diseases like cancer and sepsis, for example.

So who should get tested for HIV?

Sorry for the caps but this is a point that can’t be stressed enough!

Once upon a time in the UK, receiving a HIV or AIDS diagnosis was seen as a death sentence. Today, the reality is that sufferers can lead long and productive lives, though there is still some way to go with making this well-known among the public. The long-term association with HIV, AIDS and the gay community still incites homophobia and prejudice which needs resisting, even today.

Famous faces and their efforts to change attitudes

One of the reasons HIV and AIDS has recently entered the public consciousness in a less stigmatised and shamed way, is thanks to celebrities speaking out about their own experience of the disease. One prominent individual who has helped get the conversation on people’s radar is Gareth Thomas. Earlier this year, the ex-Welsh rugby player spoke on a number of news shows about his HIV diagnosis and how he is a walking example of how a person can live a normal life being HIV-positive, thanks to advancements in treatment innovation.

Elton John has also spoken out about a lack of access to information and testing, especially in the US.

If you’re looking to get tested, there are a number of clinics that can offer the support and aftercare you need and deserve. Spread the conversation about National HIV testing week by sharing this blog .

Previous Article:
Private GP: there when you need them
Next Article:
The Rise of Femtech – the devices & apps created with women in mind