On-Campus Mental Health: Why Students Are Turning To Apps For Counselling 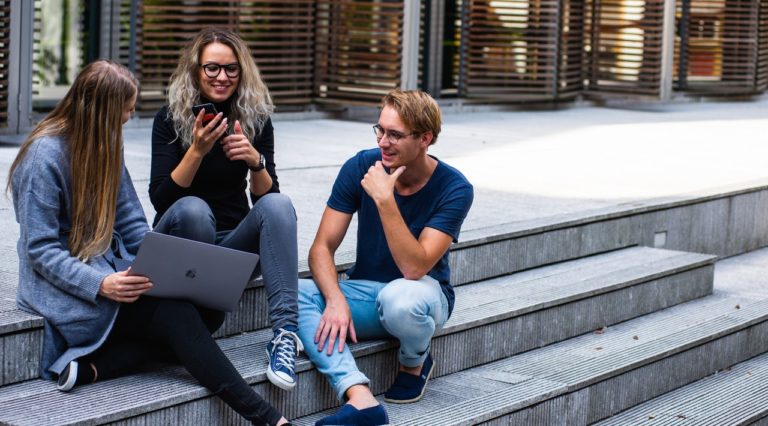 Life at uni can be a struggle – the new setting, the on-going workload, pressures of deadlines and creating new circles of friends away from home.

According to a survey of almost 40,000 students, 1 in 5 has a mental health diagnosis, with half of that number admitting to often feeling anxious. There is no doubt that we have an on-campus student mental health crisis on our hands here in the UK and in the absence of counsellors, students are turning to apps to manage their issues.

Apps for mental health – do they work?

Fictional dystopian programmes like Black Mirror have taught us that our future as humans is to progressively manage our problems with technology and less with face-to-face human contact.

Does anyone remember the Channel 4 show Humans? They explored the interesting concept of marriage counsellors who were robots and who learned about humankind the same way IMB’s Watson does.

Welfare officer at Newcastle University students’ union said: “even if you increase the number of (on-campus) counsellors by 10, it’s only going to help a certain number of students.” With this in mind, the university, amongst others, have started promoting apps to provide guidance and mental health support.

The response so far across the country is mixed, with some students welcoming the app, saying it feels less invasive to use it rather than talking to a stranger in person, whilst others see it as too basic a solution to what can be such a nuanced issue for many.

Perhaps apps could be a good idea for a mild degree of mental health problems, but the danger is that students with severe issues may turn away other types of intervention in favour of the app and be at risk of becoming isolated in their issues, because of the lack of face-to-face intervention.

Students might be using the app as a preventative measure before mental health issues become severe. Which could suggest a shift in the way the new generation view dealing with these type of issues – by nipping them in the bud.

Who can blame them? When we hear about the effects of burying such problems and how it can have devastating effects. Caroline Flack’s tragic death springs to mind.

If you or someone you know is struggling with mental health issues, check out the NHS’s page on helplines you can call to get support and compassion from people who will always be there to listen. Look out for each other out there guys.

Previous Article:
Where To Get Tested For Covid-19 in London
Next Article:
How To Look After Your Mental Health During Covid-19