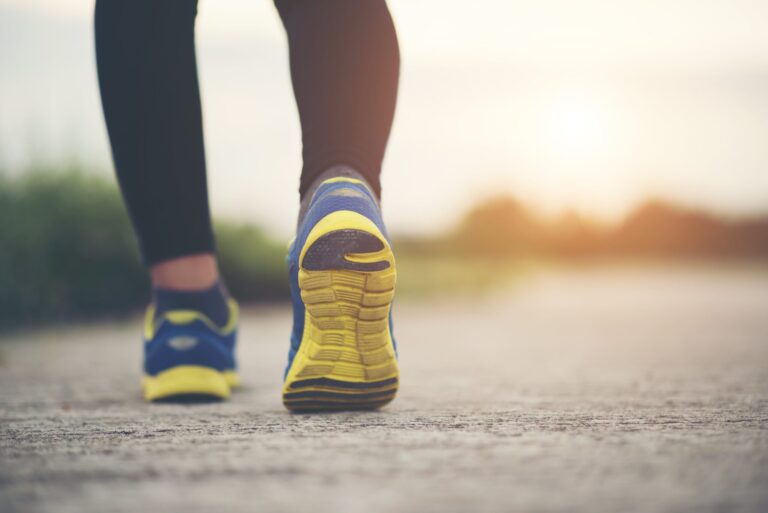 When it comes to exercise, it is easy to get lost in the minutia of sets, reps and workout regimes. In actuality, one can see significant health benefits from practicing the easiest workout possible: walking.

Walking is a weight-bearing exercise. This means that it brings up the heart rate, lowers blood pressure and strengthens the heart. In fact, just 30 minutes of walking every day can increase cardiovascular fitness, strengthen bones, reduce excess body fat and boost muscle power and endurance.

The common consensus for many years has been to recommend 10,000 steps per day. However, recent studies state that the actual total of recommended steps per day may be closer to 7,000.

Other studies on the benefits of walking

Now that multiple studies, experts and government guidelines are dropping their recommended daily steps to 7000, perhaps we should ask ourselves where the 10,000 target even comes from?

Well, the answer is a lot simpler and less fact-based than you’d expect. As it turns out, Japanese company Yamasa Tokei used the 10,000-step mark when they were marketing their Japanese pedometer, called Manpo-Kei, in the 1960s.

Yamasa Tokei simply wanted a rounded and easily identifiable target for consumers using this new and budding item. 10,000 flows off the tongue and provides an ambitious goal.

We now know, after year long studies, that we see health benefits long before hitting 10,000 per day.

When it comes to walking, the issue may be that it’s ‘boring’. Nevertheless, walking is far less physically taxing than killing yourself in the gym. You can spice it up by varying your walking routes, walking the dog, walking with friends or joining a walking club. 7,000 steps a day could be the key to your success.

Previous Article:
Rising Temperatures leaving you scorched? Here’s some tips to beat the heat
Next Article:
8 Ways to boost your mood on grey days