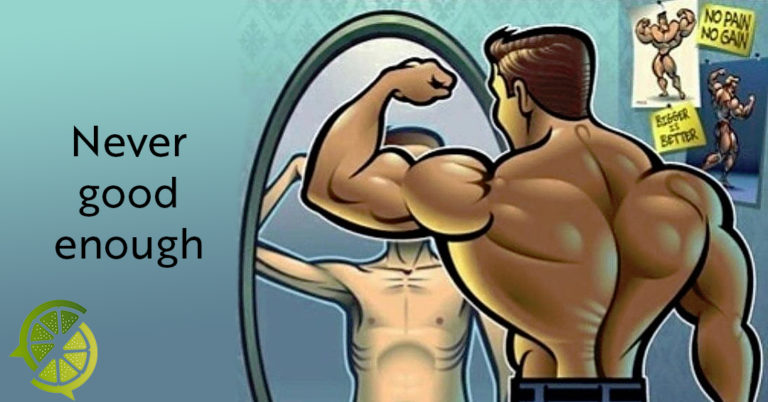 Earlier this month, Christopher Eccleston, the 10th Doctor Who himself, bravely and candidly admitted his struggles with body dysmorphia and anorexia in several interviews, specifically touching on how it affected his mental health.

Eating disorders are responsible for the majority of mental health-related deaths in the UK, whether from medical complications or suicide. It’s estimated that of the 1.25 million people in the UK living with an eating disorder, 25% are men. So why have we only just started talking about male body dysmorphia and related mental health consequences?

What stops men from speaking out?

Hospital admissions for male adults suffering from eating disorders has doubled since 2010 and less than 10% of men living with an eating disorder seek professional help. It’s no secret that mental health issues relating to physical appearance have long been considered a woman’s issue.

If this is the reason why men feel like they can’t speak out, something must change.

Although statistics suggest that the various diseases associated with body dysmorphia (anorexia, bulimia, depression linked to body image) are growing amongst men, the stigma of actually talking about these issues appears to be changing.

When talking to The Guardian, journalist Nick Crowley touches on the savage stigma John Prescott faced in the press for coming out as bulimic. By stark contrast, the sufferance expressed by Eccleston and other well-known males has been met with compassion that would never have been thought possible a decade ago.

So does this suggest we’re becoming more empathetic as a species? And that we’re no longer using stereotyping as a means of deciding who should suffer from what based on gender? The fact is, body dysmorphia knows no gender.

Whether or not body dysmorphia has always existed amongst men or if it’s a result of men feeling like they have to adhere to what they see on social media and in film is another story. The whole concept of body dysmorphia is still in its infancy, even in the case of women – the term ‘body dysmorphic disorder’ was only properly brought to light in 1997.

Given that men are constantly being told to ‘man up’ and not cry, is it any wonder that we’re living in a society where males feel trapped by an age-old philosophy that they ought to shut their mouths when they feel sad and under-confident on the inside?

Speaking out for support: no-one is alone

The NHS can provide free CBT (Cognitive Behavioural Therapy) for anyone suffering from body dysmorphic disorder. This type of therapy seeks to change behavioural patterns and how a person perceives themselves.

It’s been proven to tackle numerous strands of depression and if you’re suffering from an eating disorder or you feel a change within your wellbeing, contact your GP who can set you up with a CBT counsellor. There are also a number of charities who can help male and female sufferers tackle an eating disorder and/or related mental health issue. These charities can offer help that can simply be a confidence-boosting chat on the phone or long-term support with a tailored strategy.

Lorem Ipsum is simply dummy text of the printing and typesetting industry. Lorem Ipsum has been the industry's standard dummy text ever since the 1500s, when an unknown printer took a galley of type and scrambled it to make a type specimen book. It has survived not only five centuries, but also the leap into electronic typesetting, remaining essentially unchanged. It was popularised in the 1960s with the release of Letraset sheets containing Lorem Ipsum passages, and more recently with desktop publishing software like Aldus PageMaker including versions of Lorem Ipsum.