Pregnancy After 35: Chances, Fertility & What To Expect 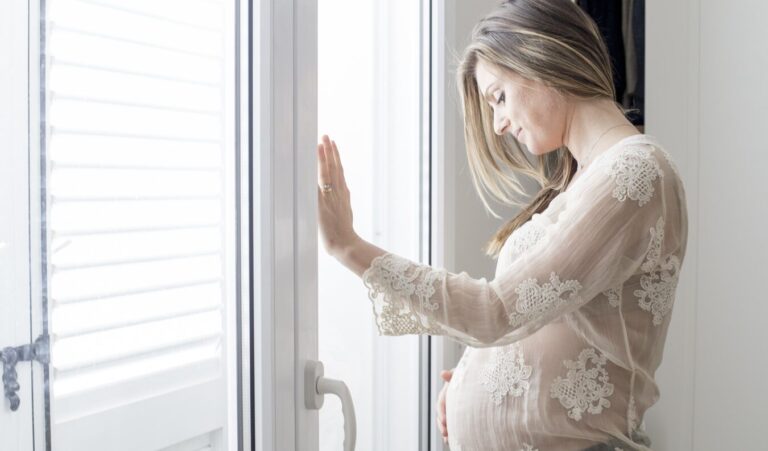 Here is your guide to fertility and pregnancy after 35, and a future projection of how women’s reproductive habits could change in the future.

Pregnancy and having a baby is a magical time in a woman’s life and if you’re approaching 35 or have already reached this age milestone, you may be wondering what your chances are of having a healthy and successful pregnancy, given that women are at their most fertile between their late teens and late 20s. Whilst the latter may be true, it’s still very possible to have a healthy baby towards and even beyond your mid-30s.

Getting pregnant after 35: what are my chances?

Whilst it’s documented that getting pregnant after 35 does become more difficult, it’s by no means impossible.

Meanwhile, your partner’s age will have an impact on your chances of getting pregnant beyond 35, with conception dropping by 30% amongst males who were over 40.

What are the risks of getting pregnant after 35?

Miscarriage rates and an increased chance of birth defects increase with age, for both women and men. By 35, the possibility of miscarriage reaches 20% and by 45 this increases to 80%.

Fascinating research from a study performed at King’s College London using a pregnant mouse model discovered that a mother’s age influences the structure of the uterus.

A group of mice representing women over 35 were studied, and it was found that their ability to contract the muscles in their uterus was hindered, meaning an increased chance of labor dysfunction which can cause complications during birth.

What about the future?

By 2100, it’s predicted that the number of under-5s will drop to 401 million, from the current figure of 681 million. The combination of women choosing to have children at a later age, coupled with the limited options for boosting fertility once women reach 35, is thought to be significantly responsible for the predicted decline.

It’s possible that this dramatic revelation could drive more government money and research into IVF, and make this a much more viable option for a bigger diversity of people.

Yes, it’s true that as men and women age, fertility decreases and the chances of having a healthy baby becomes less likely. However, making a conscious effort to stay healthy, (this means remaining Type 2 diabetes-free, staying a healthy weight, smoke-free and cardiac-healthy) will greatly increase your chances of getting pregnant, and many failed pregnancies are linked to these issues, working in combination with age as a factor.

If you’re feeling anxious or concerned about getting pregnant successfully and feel your age may be hindering this, it’s essential that you see an expert, who will be able to assess your unique situation.

When it comes to pregnancy, there’s no one fixed right answer for everyone, so seeing a health professional and discussing your personal health history is the first step to achieving success.

We wish you the best of luck!

But how do you know which ones to trust? Your GP needs to be reliable, knowledgeable, experienced and kind. You want someone ...

But in reality, are carbs the enemy… or the energy? Let’s look into it. These diets all became popular because a high ...

One of the proven ways of rebooting the body is by getting it back to its natural roots. If you live in the city, this can ...