Chocolate and its unexpected benefits 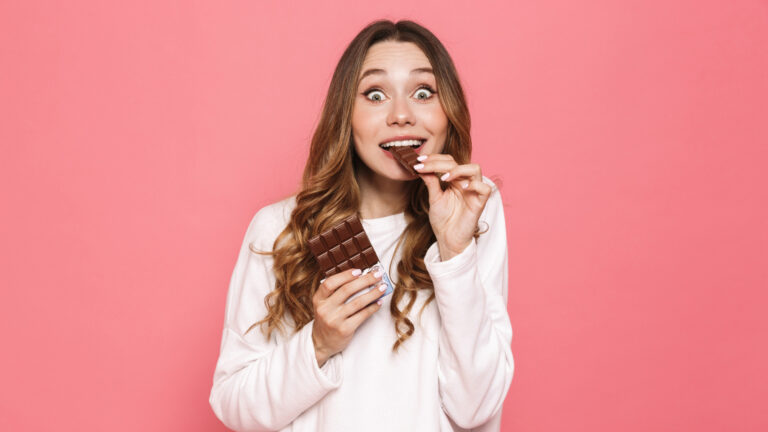 Ever heard of the saying: ‘Anything in moderation’. Often it is used to explain away a salacious overindulgence in an item seen as less than beneficial for oneself. Chocolate – the most beloved yet hotly contested food item in the world is another such food item that now falls under the umbrella of ‘anything in moderation’ due to some very interesting recent studies.

Ordinarily, of course, eating a decent amount of chocolate every day is a recipe for weight gain but some clinical studies have shown unexpected benefits.

Brigham and Women’s Hospital conducted a study on 19 postmenopausal women.

The 19 subjects were given 100g of chocolate in the morning (within an hour of waking up) and at night (maximum of one hour before sleeping). They were shocked to find that neither led to any significant weight gain for the women.

In fact, they discovered that a high morning chocolate intake actually helped burn fat and glucose levels throughout the day. The same study was conducted but with the subjects ingesting chocolate at different times of the day. This led to definite weight gain as oppose to a morning intake. The study comes to the conclusion that ‘when’ we eat something is as important, if not more important, than ‘what’ we eat. Our bodies handle food differently depending on the point of the cycle we call it into action. In the morning as the body wakes up it can handle and take on a large influx of calories and fats as it stocks these up for the day and burns it off when necessary.

A study by PubMed conducted on a group of 500 men found that cocoa reduced the risk of death from heart disease by 15% over a 15-year period. The study revealed that eating chocolate two or more times per week lowered the risk of calcified plaque in the arteries by 32%. This increases and aids a smooth blood flow and keep blood pressure at a healthy level for the heart.

However, remember when we said ‘when’ we eat something may be as important as ‘what’ we eat? Well, the same study found that eating chocolate less than two times per week has no effect on the risk of heart disease. Only a certain amount of chocolate, in this case twice a week, had any positive effect on the subjects. The results are even more intriguing when you look at the effects of dark chocolate. PubMed found that eating dark chocolate more than five times per week lowered the risk of heart disease.

It can be easy to fall for the trap that A is only bad for you and B is only good for you. Everything in life has its benefits and drawbacks. Chocolate and cocoa is a natural resource teeming with nutrients and antioxidants, which, if enjoyed in moderation, can have significantly positive impacts on your lifestyle.