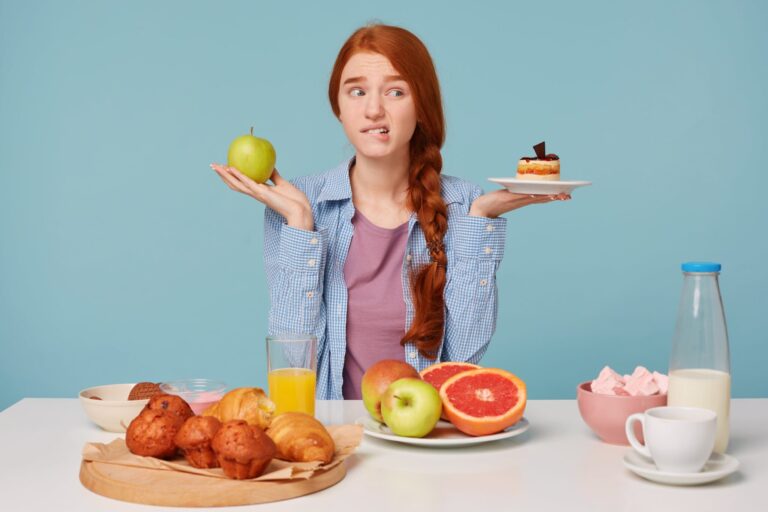 It’s fair to say that many of us gained a little extra weight over the last 18 months (and this isn’t us making assumptions, the numbers don’t lie!). But who can even blame us?!

In times of trouble and strife, it’s easy to turn to comfort food, and being locked down has not made it easy to go and burn it off! If you’re looking to lose a few pounds, being aware of the myths surrounding weight loss is extremely useful. So here goes.

Wrong! Snacking is widely believed to be a cardinal sin when it comes to dieting, but this really isn’t the case. Snacking after a big workout is completely necessary, helping your body to repair muscles and recover, as long as you’re eating the right snacks! Choose a slow-release snack such as a banana or nuts that will keep you full until meal time comes around.

Myth #2 ‘As long as I exercise enough, I will eventually lose weight’

Wrong! The classic saying goes, ‘you can’t outrun an unhealthy diet’, and it’s so true. Even if you’re burning 1000 calories multiple times a week in the gym, this doesn’t mean you’re on a path to weight loss. It’s a numbers game, so make sure you’re not eating more than you burn, as this will inevitably lead to your weight plateauing, or going up.

Wrong! It’s thought that the myth that carbs are bad originates from the effect it has on insulin, raising bloody sugar levels, causing the body to release insulin and redirecting your glucose to cells. In actual fact, it’s the quantity and type of carbs you eat that will determine whether or not you lose weight.

Refined carbs that contain huge amounts of sugar and calories (think white bread, pizza, pasta and crisps) are always going to lead to weight gain if they’re not burned off – they also don’t do much for you in the way of nutritional value.

But high fibre cards like brown rice and legumes can be part of a balanced weight loss diet. You should aim for a daily carb intake of around 40%.

Wrong! This is a myth that’s been circulating for a long time, but no one seems able to pinpoint its origin. Whilst avoiding eating after 6 pm can help with digestion and can make you feel less ‘heavy’ before going to sleep, there’s no evidence to suggest this will make you lose weight. Calories are calories, no matter what time you eat them!

Wrong! Foods such as ready meals (which are packed with sugar and salt) are less cost-effective than home cooking, and with the latter, you can make bulk portions and freeze them down. Use cheaper cuts of meat and frozen veg to get the most out of healthy cooking.

As frozen veg is picked when it’s at its ripest, you don’t have to worry about it containing fewer nutrients than fresh veg. Need some inspiration for healthy meals? Check out the diet section of our website.