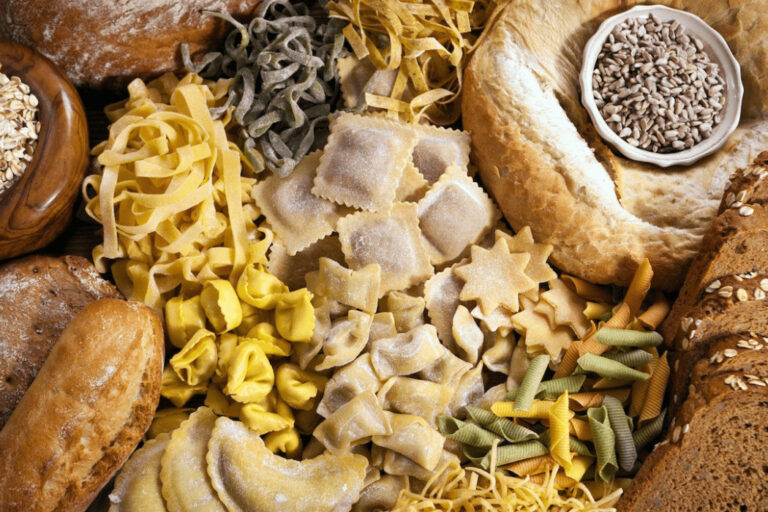 High protein, low carb and keto diets have been around for decades. From the quick-fix options, through to entire lifestyle changes, such as the Atkins diet that saw its peak in 2003 – people have been ditching carbs and picking up protein for as long as we can remember.

But in reality, are carbs the enemy… or the energy?

Let’s look into it.

These diets all became popular because a high protein diet often helps you lose weight quickly, but this also led to a fear that carbohydrates are bad for your health.

Carbohydrates are what is known as a macronutrient and it’s one of the three macronutrients that can be found occurring naturally in plants, such as vegetables, nuts, seeds, peas and beans. The remaining two macronutrients are dietary fats and proteins, which are what these fat-burning diets thrive on.

However, carbs are essential! They’re an essential nutrient that enables the body to function properly. Even the World Health Organisation (the WHO) have stated that carbs are needed for a healthy body and lifestyle.

The main role of carbs is to provide us with living, breathing human energy. It’s what gets us up in the morning and keeps us going until bedtime. Carbs give our cells all this energy that we take for granted. If we take carbs away completely, the body with use an alternative source, such as ketones (yes, if you’ve done a protein-heavy diet, you’ll know that term already).

‘Carbohydrate’ is essentially a term that describes a number of sugar-containing molecules that we find in food. It’s most commonly believed there are three types of carbs: sugars, starches and dietary fibre.

However, you can go into more depth, such as ‘simple’ and ‘complex carbs,’ which depends on the number and type of sugar molecules that each food contains.

Simple carbs, also known as simple sugars or saccharides, are carbs that contain between one and ten sugar molecules and can be found in fruits, vegetables and dairy products.

Complex carbs, however, are made up of polysaccharides, which are longer, more intricate sugar molecule chains and they include both starches and dietary fibre.

Starches are the storage carbohydrates found in grains, vegetables, peans and beans and they are what provide you with energy.

Dietary fibre, also known as roughage, is the indigestible part of plants. They can be found in whole grains, vegetables, nuts, seeds, fruits and more. They support good gut health – as you’ve likely heard your elderly female relatives tell you often as a child.

So, are all carbs healthy?

Well, carbs are often associated with excessive weight gain, obesity and diabetes, but this idea really promotes the concept that lots of any types of carbs will lead to the development of chronic diseases.

However, many studies have been conducted that highlighted that the types of carbs people consume are just as important as the number they consume.

It turns out that some carbohydrates are significantly healthier for you than others.

Carbs that are considered unhealthy by the experts are usually because they’re less nutritious than their counterparts. These include refined carbohydrates, such as polished rice and flour, sugary sodas and juices, or highly processed snacks such as pastries and cookies.

A diet including a high amount of these carbs could definitely lead to people developing chronic diseases, including hormonal imbalances, such as seen in people with Polycystic Ovary Syndrome (PCOS).

However, studies have determined that added and simple sugars, which occur naturally in foods may not have the same negative health effects.

In some studies, they determined that natural sources of sugar, such as honey, may even help reduce blood sugar levels and lower the risk of developing Type 2 Diabetes.

However, the general consensus is that a balanced diet includes these types of carbohydrates in moderation only.

Healthy carbs are considered those that are more nutrient-dense, and they include foods such as fruits, non-starchy vegetables, whole grains, peas and beans, and some dairy products.

Studies have shown that diets that have a lot of these complex carbs are linked with anti-inflammatory benefits, lower insulin resistance and a reduced risk of chronic diseases.

Essentially, it turns out that carbohydrates are an absolute necessity in a good, balanced, and healthy diet. They provide your body with dietary fibre and energy, which are necessary for good health.

However, excessive consumption of certain carbohydrates is associated with weight gain and an increased risk of chronic diseases. But, if you’re clever about the carbs you choose to consume, you may find a huge health benefit from complex carbs.

It’s always important to remember that the perfect diet for every person doesn’t exist – it depends on you and your lifestyle. You may have a significantly different dietary need than an athlete or bodybuilder.

So, essentially, choose your carbs wisely and you’re onto a winning, healthy, nutritious diet.

Previous Article:
10 Surprising Food Hacks to Make You a Better Cook in 2022
Next Article:
How To Eat Your Way To Better Skin